A man stands solemnly on the edge of the narrow dirt road, flashing his green sign giving us the okay to continue. He stands on the outside corner of a precipice jutting out against a distant jungle background more than three kilometers below. Behind him is a vertigo-inducing 400-metre drop. It’s the same drop over which his entire family went careering to their deaths as they sat on a bus driven by an overzealous, and possibly over the limit, driver.

Similar drops along this goat-track-that-passes-for-a-road, an hour north of La Paz in Bolivia, claim the lives of more than 100 people a year. Thousands have died since its construction by prisoners of the Chaco War between 1932 and ’35. At its worst this vital mountain trade route killed over 350 people in twelve months, claiming at least one vehicle every two weeks.

Only eight or nine vehicles have gone over the edge this year making it – so far – the safest period yet, although there is no official toll and locals claim the jungle below hides hundreds of unreported victims.

Those killer drops are the same ones you’re now trying desperately to avoid as you hurtle down the road, feathering your bike around puddles and rocks, massaging the brakes, careful not to slam them on in panic, an action that would see you over the handlebars and sliding towards one of those drops. Yet it’s those very drops which, admit it or not, are the reason you’ve become, for a day, a two-wheel warrior, a gravel jockey… a mountain biker.

“It’s all about bragging rights” says 30-year-old New Zealander Alistair Matthew, a 14-year veteran of the sport and owner of Gravity Assisted Mountain Biking, the route’s original and most famous mountain bike tour operator. That explains the free t-shirt you receive for surviving the 64- kilometers stretch of road labelled by the Inter-American Development Bank as “The World’s Most Dangerous” It’s a sanity-questioning yet obvious choice for a mountain biking adventure, one that attracts thousands of adrenaline-seekers every year.

From the 4,700-m high starting point at Lu Cumbre, riders descend in a not always graceful fashion over 3,600 m, traversing high Andean passes before pedaling through cloud forest, under waterfalls and on to steamy Amazonian jungle, finishing at the picturesque town of Coroico, a colonial holiday haven for La Paz weekenders.

“This is a bicycle, we all start with one, it’d be good if we all finished with one,” Alistair begins his pre-ride briefing.

“You have to employ the Jedi mind trick: look where you want to go. Easy to do, but easier to get wrong. You don’t want to look at the scary cliff in front of you, okay?”

With a warning that most accidents occur when testosterone exceeds riding ability and a threat of ‘bus banishment’ for those who want to test the theory, we’re ready to ride. Alistair makes a traditional offering of Bolivian-proof alcohol to Pachamama, the Andean spirit of Mother Earth, and we’re off.

The first section of the ride goes against the expected grain; plenty of high-speed thrills, yes, but little real danger with kilometers of smoothly paved road winding down snow-capped mountains, past fields of curious llamas, the only obstacle being the occasional team of road workers and dogs. Lots of dogs. They sit with drooped heads, watching forlornly as our bikes whiz by, not enticed into a frenzied chase by the speeding wheels nor by our flashy orange vests. Legend has it that each dog is the spirit of someone who has died on the road, left to aimlessly wander along their own earthly instrument of death. Drivers regularly feed them in an offering for their own safe passage, hoping these lost spirits will guard over their journey down the treacherous mountain pass.

While the ride is all about dog-dodging fun, the danger of the road is reiterated constantly. “A guide was killed only last week,” says Alistair. “Hit by a police car,” he adds. Talk about heavy hand of the law. Apparently, there have also been four tourist deaths on the ride, none with Gravity Alistair assures us.

It gets worse: we stop at a non-descript concrete monument inscribed “Martyrs of Democracy”, It was here on 19th November 1944 that, with an election looming, Bolivia’s ruling party rounded up five members of the opposition, bound hands and legs and then unceremoniously shoved them to their death.

More recently, fourteen people died when their mini-bus went off at exactly the same spot. Crosses, shrines and rock memorials dot the road continually as you descend, each telling a similar tragic story.

Arriving at a Hebrew-inscribed monument perched at a particularly precarious corner, Alistair recounts how an Israeli girl, travelling with another company, plunged to her death after complaining that her brakes weren’t working properly. “Apparently her tour group was waiting for her on this corner; she rode straight through them and over the edge.” Despite the fact that our guides had already checked brakes at regular intervals, we all get them checked again.

With blind corners every hundred meters, landslides, rock falls and no barriers, it’s easy to imagine that any slight lapse in concentration, for rider or driver, would end in a freefall catastrophe. At some points, the road is only ten feet (3.2m) wide. Some trucks navigating the mountain-hugging route are wider. Most accidents involve these trucks as they hurtle down the road rushing to win another commission hauling produce from the jungle back up to the markets of La Paz. “For them, ironically, the risk is about survival. Most of the drivers are poor campesinos struggling to feed families,” Alistair explains.

A second, safer, road has been built down the mountains with the help of international aid, however most trucks and buses continue to use the older, deadlier route. For the moment authorities only open the new road periodically and most heavy trucks and buses are banned from using it. And so, commerce and livelihood demand they continue up and down “The world’s most dangerous road”

Their journey, and ours, isn’t made easier by the dust. It billows up in blinding proportions, the view, the road and the next corner obliterated. Roadside foliage is blanketed in a layer of powder. As we pedal further down, the dirt and grime replace layers of clothing shed as temperature and humidity increases.

As we near our finishing point in the truck-stop town of Yolosa, we’re shown that no one is immune from the road’s constant jack-hammering or Pachamama’s sense of humor: Alistair gets the only puncture of the day.

Once up in Coroico, cold beers are cracked and the buzz of the ride continues to flow. Stories of near misses with buses, trucks, rocks and cliffs echo around the bar, stories that over the years are sure to grow. “My front wheel skidded to a stop only half a foot from the edge” kind of stuff. And that famous t-shirt will be brought out to prove they really did survive the world’s most dangerous road.

As Alistair said, it’s all about bragging rights.

PrevPreviousThe Edge of the World 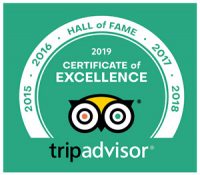